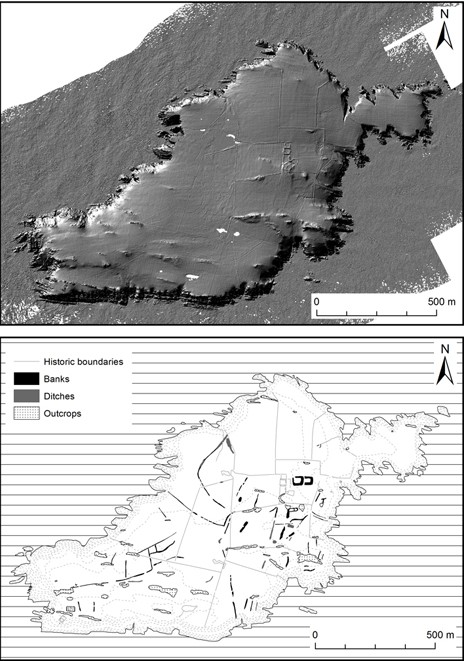 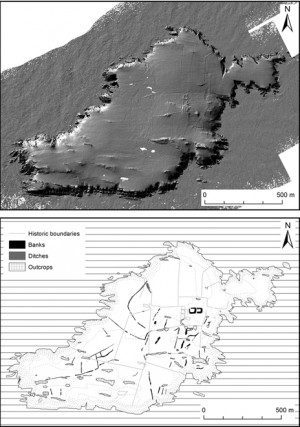 Skokholm Island, best known for its colony of breeding seabirds, was known to have been settled in prehistoric times, but a new LiDAR survey shows detail of Iron Age and medieval use.

The Royal Commission on the Ancient and Historical Monuments of Wales says the new discoveries include the remains of enclosures and fields underlying the field pattern of the island's 19th century farm. Some of the discoveries show similar but less complex activity to that on the neighbouring island of Skomer.

"There are at least three phases of occupation—we have known about prehistoric settlement because of scattered flints," said Dr. Oliver Davis, a member of the research team. "But we can now see later Iron Age developments and also medieval earthworks near the 19th century farm buildings. It's almost certainly a deserted medieval settlement, probably around the 15th century.”