After Irene: NOAA Provides a Bird's Eye View of Damages 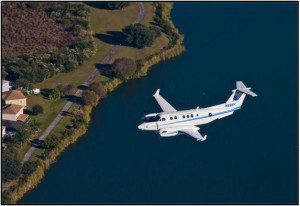 NOAA’s National Geodetic Survey and Office of Marine and Aviation Operations (OMAO) have been using the NOAA King Air aircraft for collecting damage assessment imagery, following the destruction caused by Hurricane Irene along the east coast of the United States. The aircraft has collected imagery and Light Detection and Ranging (LiDAR) data covering the coastal area of Buxton, N.C., to Rehoboth Beach, Del. Imagery can be viewed on NOAA’s Emergency Response Imagery website at http://storms.ngs.noaa.gov/storms/irene/ or through NOAA’s new mobile app: http://storms.ngs.noaa.gov/storms/irene/mobile.

Data are being shared with the Federal Emergency Management Agency, the Department of Homeland Security, the U.S. Geological Survey, the U.S. Army Corps of Engineers and state officials to aid in response. Additional imagery acquisition was completed Aug. 30.

The imagery and LiDAR provide a snapshot of the physical damage to structures, as well as changes to the natural shoreline and coastal areas. Coastal planners and scientists studying the effects of storm surge and winds on coastal areas use the photos to study natural habitats and developed areas. The imagery is posted as it becomes available, allowing the public to get a close look at homes and neighborhoods in the flight path.

NOAA has made these images available to the public for several years. When Hurricane Katrina struck in August 2005, the site attracted more than 72 million visitors who downloaded more than 51 million images. Flight plans are based on the requirements of marine navigation, as well as the requirements of the coastal zone management community, NOAA’s National Weather Service, and others. The flight lines encompass areas from the shoreline up to approximately two miles inland.