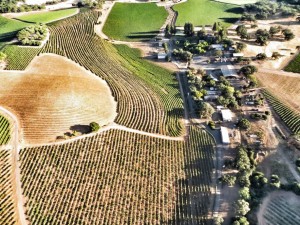 3DRobotics has garnered interest from a wide variety of application areas, including wine making as seen in this image. The Qualcomm alliance promises interesting innovations.

Drone maker 3DRobotics (3DR) recently announced a Series C round of fundraising with a $50 million investment from Qualcomm, the mobile chip maker. The investment is intended to leverage the smartphone industry's innovation and advance applications for 3DR drones.

With Qualcomm's Snapdragon processors, which include sensors, wireless connectivity and computer vision capacity, a next-generation drone data collector could be coming soon.

The drone future is going to look more like the consumer electronics industry than the aerospace industry. To use an analogy, two decades ago the FCC liberated the airwaves by allowing free access to the open spectrum that created the WiFi and Bluetooth industries. That allowed the wireless industry to look and behave more like the lightly regulated internet and less like the heavily regulated phone companies. We're all beneficiaries of the huge amount of innovation and economic value that ruling created.

3DR also stated it intends to lead drone innovation for smaller, cheaper, lighter, safer and more capable drones powered by Qualcomm. This is an interesting development that may lead to on-board data analysis capabilities as well as real-time data inputs for a wide variety of applications.