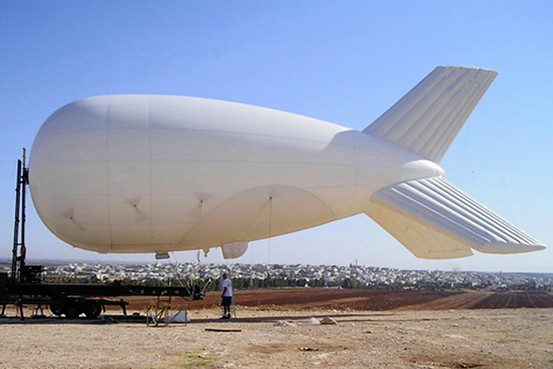 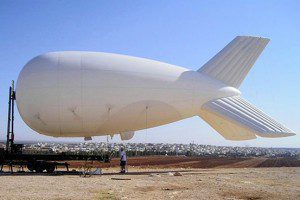 Equipped with radar and cameras for use by U.S. troops in Afghanistan and Iraq to monitor insurgents, a surveillance blimp, shown here in Texas, will be tested along the U.S.-Mexico border.

In south Texas, the military and border officials are trying a 72-foot-long blimp made by TCOM LP, Columbia, Md. The blimp, which includes a battlefield sensor, is tethered to the ground by a cable that provides a communications link. The test will expand to include another blimp equipped with different sensors.

In the spring of 2012, border officials tested another blimp that was fitted with a battlefield camera known as Kestrel, a system created by Logos Technologies Inc., Fairfax, Va. The camera can continuously monitor a city-sized area of land for days at a time. According to John Marion, director of the company’s persistent-surveillance division, such cameras have been credited with helping U.S. soldiers in Afghanistan pinpoint insurgent attackers and avoid hidden bombs.