Google Buys Skybox Imaging for $500 Million Google agreed on June 10, 2014, to buy Skybox Imaging, a provider of high-quality satellite images, as the technology giant continues its lofty ambitions for its Internet offerings. Initially, Skybox will help improve Google’s dominant mapping service. But over time, the five-year-old start-up and its ability to launch

Air temperatures in the states and provinces around the Great Lakes suggest that meteorological summer has arrived. But the icy grip of winter is lingering in cool water temperatures and drifting chunks of ice. For nearly seven months, ice has been afloat somewhere on the Great Lakes, an ice season longer than any in Earth

DigitalGlobe Launches Educational Foundation DigitalGlobe launched the DigitalGlobe Foundation, a nonprofit organization focused on fostering the growth of the next generation of geospatial technology professionals. “The foundation was established on the belief that we have a unique opportunity to help educate students about the important uses of commercial satellite imagery and geospatial analytics,” said Mark

There’s an urgent need to remove orbiting space debris and to fly satellites in the future without creating new fragments, according to experts at Europe’s largest-ever space-debris conference. According to findings from the Sixth European Conference on Space Debris, which were released April 25, 2013, future space missions must be sustainable, including safe disposal when

Astrium Seeks Partner for New Real-Time EO Satellite Astrium is speaking to countries outside Europe, including Singapore, about partnering to develop GO-3S, the company’s new geostationary Earth observation (EO) satellite. Gregory Pederson, Astrium sales and marketing director, says the 10-meter-long, 4.9-ton GO-3S will cover about one-quarter of Earth’s surface. It will have a 4-meter mirror that

Commercial Data Market Slows But Remains Strong According to Euroconsult’s latest research report, Satellite-Based Earth Observation: Market Prospects to 2021, the 2011 market for commercial Earth observation data grew only 6 percent to $1.4 billion, following five years of greater than 20 percent growth. Much of the decrease was due to the stabilization of U.S. 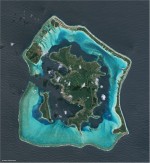 SPOT 6 Delivers First Images Astrium Services posted the first SPOT6 satellite images, just three days after its launch on Sept. 9, 2012. Like its twin SPOT7, which is slated for launch in early 2014, SPOT 6 has a 60-kilometer swath width and produces imagery products with a resolution down to 1.5 meters. The satellites will ensure service continuity from