Toronto, ON, August 7, 2015 — Avenza Systems Inc., producers of the PDF Maps app for mobile devices and geospatial plug-ins for Adobe Creative Cloud, including Geographic Imager® for Adobe Photoshop®, is pleased to announce the release of MAPublisher 9.6 for Adobe Illustrator. This latest update includes many new features and is fully compatible with the

Learn to Create and Share Tasks in Esri ArcGIS Pro

August 6, 2015 — Esri ArcGIS for Desktop software now includes the ArcGIS Pro application, with many tools to visualize, analyze, model, and share data using a mapping platform. The ArcGIS Pro workflow includes tasks, or preconfigured steps, that interactively guide users through specific workflows. To familiarize yourself with how to author these tasks within

August 6, 2015 — OxTS have successfully integrated a Locata receiver with their Inertial+ to create the world’s first Locata+INS device—capable of achieving centimetre level accuracy where GPS systems fail. The Inertial+ series, first developed in 2008, was designed for users who had an external GNSS receiver already, but still wanted to gain the benefits

August 5, 2015 — SuperSurv 3.3 for Android, the mobile survey GIS App developed by Supergeo, is now upgraded and released, with new and improved functions. The new SuperSurv 3.3 not only enables users to flexibly apply raster data in MrSID/JPEG2000 formats as the basemap for a wide array of projects, but also supports online

Track Wildfires Across the Western US with Interactive Esri Maps 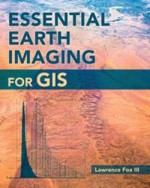 Earth Imaging Gets a Close-Up

Redlands, Calif., Aug. 3, 2015—Satellites, aircraft, and unmanned aerial systems (UAS) collect imagery that can be displayed and analyzed within a geographic information system (GIS) to extract important information. To familiarize GIS professionals and students with the advanced earth imaging technologies available today, Esri has published Essential Earth Imaging for GIS. The book is a field guide

Tel Aviv, Israel, July 30, 2015 — VisionMap announced today the introduction of upgraded oblique capabilities to its A3 Edge Digital Mapping System. The A3 Edge camera, well known for its high capture productivity, now utilizes a proprietary Roll Stabilization Technology that increases its efficiency even further, particularly for oblique projects. The A3 Edge camera collects