An Aermatica small unmanned aircraft system is helping Italian utility company ENEL remotely monitor its power plants to prove to the Italian government it can be done safely and effectively.

Before-and-after aerial images of the New Jersey coastline just north of where Hurricane Sandy made landfall clearly illustrate why meteorologists are calling the hurricane “Superstorm Sandy.”

Taking a Volcano’s Pulse from Space

An International Institute of Space Law member says if the European Space Agency’s Envisat satellite damages another satellite, the agency could be held liable for gross negligence. 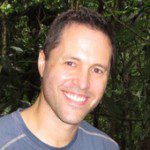 Carnegie Institution for Science’s Greg Asner says most of today’s Earth observation tools lack “the richness of data needed to understand the impact that humans are having on Earth.

U.K. police searching for April Jones are using unmanned aircraft to look for any trace of the five-year-old, missing since Oct. 1, and say the hunt could continue beyond Christmas.