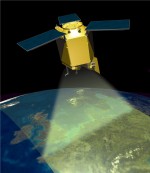 Astrium has been selected by the European Space Agency as prime contractor for the Sentinel-5 Precursor satellite, a low-cost mission to monitor atmospheric chemistry.

NASA scientists are preparing to use the agency’s Global Hawk drone to study the humidity and chemical composition of air entering the tropical tropopause layer of the atmosphere.

Once its NovaSAR constellation is operational, the U.K. government believes the Surrey Satellite Technology-built fleet could yield a 5,000 percent return on investment during the coming decade.

The record-breaking Texas drought that has fueled wildfires, decimated crops and forced the sale of cattle herds also has reduced the state’s groundwater to its lowest levels in more than 63 years.

A DigitalGlobe image reveals that a deadly explosion at an Iran military base on Nov. 12 appears to have been far more devastating than suggested by Iranian authorities.

While some large navies are still thinking of employing unmanned aerial vehicles on smaller craft, Austria's Schiebel already is doing it with its Camcopter S-100. 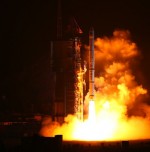 Following its best-ever 16th successful launch this year, a Nigerian communications satellite and an Earth imaging satellite are next up on China's launch manifest. 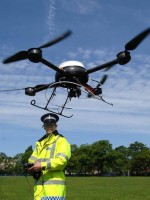 According to the U.K.’s The Independent, unmanned Earth observation drones equipped with surveillance cameras may fly across London’s skies during next year's Olympic Games.

More than 30 years of unique archived data from Landsat Earth observation satellites now are available free of charge from the European Space Agency.