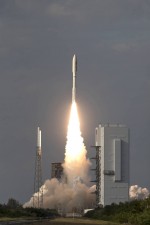 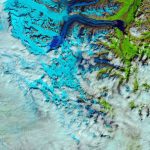 Archaeology from Afar in Uzbekistan 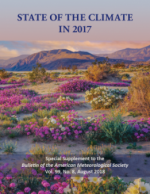 On July 29, 2018, NASA’s Aqua satellite captured this natural-color image of the fires in California and the resultant smoke that has shrouded the state and swept eastward as far as Salt Lake City and still moving.