Sept. 12, 2014, Reston, Va.—MAPPS, the national association of private sector geospatial firms, has been selected as a member of a Federal Aviation Administration (FAA) working group on unmanned aircraft systems (UAS). MAPPS is the only representative of the geospatial, aerial survey, and remote sensing community on the committee. "As an association representing the many private

Sept. 10, 2014—The OGC is a partner with the American Geographical Society, the Earth Institute and the US Geospatial Intelligence Foundation in presenting the American Geographical Society (AGS) Fall Symposium, “Geography 2050: Mounting an Expedition to the Future”. The symposium will be held on Wednesday, November 19, 2014. Hosted by the Earth Institute at Columbia

WASHINGTON, Sept. 8, 2014—The launch of a NASA ocean winds sensor to the International Space Station (ISS) this month inaugurates a new era of Earth observation that will leverage the space station's unique vantage point in space. Before the end of the decade, six NASA Earth science instruments will be mounted to the station to 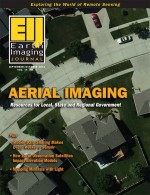 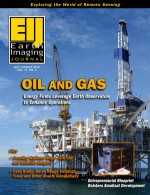 In recent years, energy companies have relied increasingly on Earth observation technologies for a range of applications. This issue's special oil and gas section examines the benefits of satellite-derived bathymetry for offshore seismic surveys, global elevation data for exploration and development, and remote monitoring technologies for emergency response. 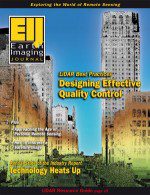 Light detection and ranging (LiDAR) technology has been used for mapping applications for more than a decade, but the question of how to ensure data quality has become more important as LiDAR projects have become more widespread. Discover how to ensure quality control in each step of the data collection process.