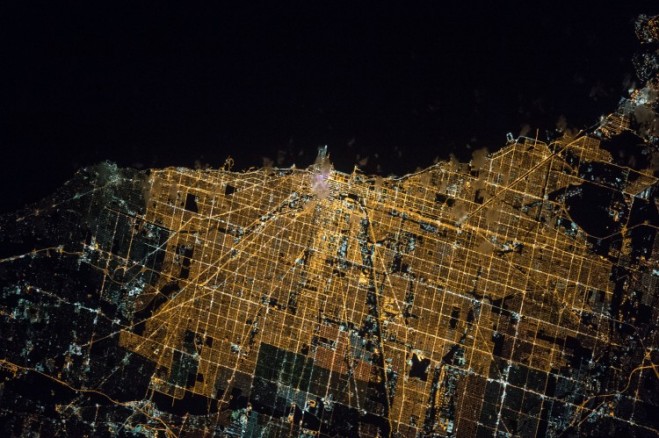 A photograph from the International Space Station taken on April 5, 2016, shows Chicago at night, with Lake Michigan at the top of the image. (Credit: NASA)

During Expedition 47, researchers will investigate spaceflight’s effect on the musculoskeletal system, the ability of tablets to dissolve in microgravity and how robotics can make exercise equipment smaller to leave more room for crew during a long-duration mission. Such investigations hope to demonstrate how space station crews can help advance NASA’s future manned journeys to Mars.