UP42 Partners with Intermap to Bring High-Resolution Elevation Data to UP42’s Geospatial Marketplace
BERLIN, Germany – UP42 is pleased to announce that...
NASA Funds Projects to Make Geosciences Data More Accessible
NASA has funded 11 new projects as part of...
Dewberry’s Sid Pandey Appointed to URISA Vanguard Cabinet
The Urban and Regional Information Systems Association (URISA) has...
Fugro receives US President’s ‘E’ Award for export growth
Fugro in the US has been granted the President’s...
Industry leaders Parrot and Pix4D unite to offer the most complete professional solutions with ANAFI USA
ANAFI USA and the Pix4D software suite now offer... 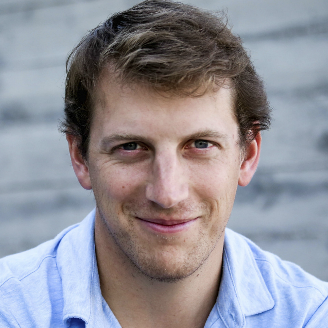 EIJ: We’ve been following 3D Robotics for some time, so we were thrilled to see more unmanned aircraft system (UAS) mapping platforms reach the market. Some of the products listed on your website (www.3drobotics.com) are for outdoor enthusiasts, whereas others are geared more toward mapping professionals. How do you go about meeting the needs of both consumer and professional users?

Basso: The history of 3DR is important to point out here. When the company started in 2009, it was focused on the hobby market, which is to say cheap sensors that allowed us to create autopilot systems that cost less than $100. 3DR started as an electronics company, and we’d provide components and plans that would allow users to solder systems together. That was the market we began with and continue to serve. Those users are techie and willing to deal with complexity.

Over time, we realized a lot of people don’t want to solder their autopilots together. They want to buy them in a box and integrate them onto their aircraft. Then, in 2012, we started to sell our own aircraft to reach the broader consumer market. If you look at the IRIS+, it’s streamlined and enclosed, and the X-8 is more of a hacker aircraft, with exposed components. We work to appeal to both the consumer and the techie audience.

In recent years we’ve made a big shift toward ease of use and adding capabilities beyond simply flying the aircraft. To a lot of people, a UAS is just a flying camera, taking stills and GoPro footage. But on the commercial side, users are interested in getting work done. The common thread for both markets is that neither group wants to tinker around too much, certainly with autopilots, or even with the aircraft.

Where the two markets diverge relates to what users are interested in doing with the products. Consumers just want cool GoPro footage, whereas industry professionals have an interest in mapping applications, and that’s what we’re focused on now.

EIJ: I’ve seen a lot of video you’ve collected for agriculture. Is that a specific market where you plan to offer solutions?

Basso: We’re doing survey work, broadly speaking, but why agriculture? Part of the answer is that we don’t view it as just an agriculture product; that’s just the market we understand the best at this point. A UAS is really just a generic surveying platform. It can be used for construction and any other industry interested in an aerial survey of land and resources.

As far as agriculture is concerned, it’s the world’s second largest industry (construction is first). There are also some legal and practical reasons for working on farms, because generally they’re in the middle of nowhere, they’re generally privately owned, and people on farms are used to purchasing high-tech machinery. Most modern farms have GPS-controlled tractors. For all the practical and human reasons, farms are a good test-bed for us.

EIJ: You’re working in a regulatory-constrained environment, with the hope that the 2015 Federal Aviation Administration (FAA) deadline for rules on the use of unmanned aircraft systems will be met. How are the regulations a barrier to your business?

Basso: The regulations work for us, because we don’t operate aircraft for people; we just sell people aircraft. In the same way, Dell doesn’t operate computers; it just sells people computers. You can use computers for illegal purposes, but nobody prohibits Dell from selling computers. It’s a similar story for us. If you’re a private owner, and you’re not selling drone-based services, it’s legal for you to use a drone as a hobbyist. You’re much less likely to have a regulatory footprint if you use a drone as a hobbyist.

EIJ: As the FAA considers regulation, are you focusing your research to address any concerns?

Basso: We have a lot of different scopes of research, dealing with NASA and the FAA, but primarily we’re focused on making aircraft that are enjoyable and safe to use. I certainly don’t spend any significant portion of my day thinking about regulation. I think about engineering great products. Part of that is engineering responsibility, making sure our products are safe as with any other product. Air traffic control is a problem if you build larger aircraft, but we build smaller aircraft that are generally flown low to the ground. Drones, such as 3D Robotics’ Aero-M and X8-M (shown here), allow users to get aerial imagery cheaply, easily and quickly.

EIJ: That’s a good segue to talk about the different kinds of drones you produce. How would you distinguish your multicopter and fixed-wing aircraft?

Basso: I’m biased, as I’m an unashamed fixed-wing enthusiast. People really seem to be of two camps, almost like they have two different personalities.

Despite the obvious physical differences between the two, for me, the number to keep in mind is five. Fixed-wing aircraft fly five times as long, they use one-fifth less battery power to do so, and they can carry about five times as much payload. That’s a general comparison, because you can certainly build a high-end copter that could fly for an hour or a cheap plane that wouldn’t fly that long.

Fixed-wing aircraft are harder to operate and require more space. Copters are a bit more immediately appealing. You can hover them in front of you, and it’s clear what they’re doing. They’re also easy for new users to operate. The barrier to entry for multicopters is a lot lower currently than it is for planes.

EIJ: Would you draw a distinction between multicopter and fixed-wing systems in terms of mapping capability?

Basso: Resolution is mainly a function of how low you fly to the ground. Both platforms are stable, and the shutter speed of the camera can overcome any vibration in terms of motion blur. But it’s easier to produce a blur-free image from a fixed-wing aircraft because there are fewer vibrations than on copters. We need to do more tricks on multicopters to make the images blur-free, but generally you can fly a copter lower. You can fly a copter 10 feet off the ground, so your ground resolution can be much higher. It’s purely a matter of altitude.

EIJ: Will we see a blimp or some sort of airship to differentiate yourselves that much more?

Basso: I’d never say never, but we’ll be focusing on making fixed-wing aircraft more usable for people. If you look at our competitors, many don’t make fixed-wing aircraft. We also do quite a bit of work with ground vehicles (rovers) that others aren’t doing.

EIJ: There seems to be a recent influx of small LiDAR sensors. For example, Velodyne and Riegl have small sensors that can be mounted on multicopter platforms. There are also hyperspectral sensors that could be key for agriculture. Do you plan to offer different sensor packages?

Basso: We’re always looking for new types of sensors. With that being said, our aircraft are $5,000, and a Velodyne sensor is $250,000. I wouldn’t say we’re going to be flying those on our aircraft any time soon. That’s due to cost and market opportunity. Back to the beginning of our conversation, most farmers haven’t looked at a single aerial image of their farm, whether from a GoPro or a $100,000 temperature-compensated hyperspectral sensor.

There’s definitely a tendency to promote these advanced sensors, and yes they can tell you a ton of information, but you can get a ton of information from a simple image. We’re going to solve the GoPro problem first and wait until those are everywhere, and then we’ll start tackling other problems. We want to keep the cost low.