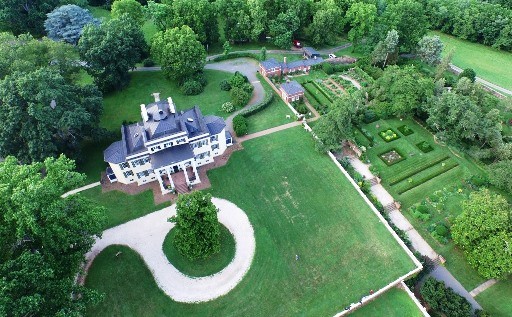 In recent years, the news media portrayed unmanned aircraft systems (UASs), commonly known as “drones,” as the technology of choice to take aerial images (photos and/or videos) of everything under the sun, from sporting events to weddings, surveys, real estate, construction monitoring, and so on.

Unless operated indoors, UASs fly in the National Air Space (NAS), which is regulated by the Federal Aviation Administration (FAA). Because of the proliferation of drones and the potential risks that they pose, the FAA and local governments have developed requirements and regulations to safeguard individuals’ privacy, minimize security threats, and ensure the safety of people and property in the air and on the ground.

The FAA has identified three types of UAS operations: public, civil and recreational, each with its own set of requirements. Any drone use other than by a public entity or a recreational/ hobbyist is considered a civil operation. For example, a realtor using drones to collect aerial images of a listing to include in property literature is involved in a civil drone operation, even if the realtor isn’t charging the customer for the images.

In spring 2015, Navigator CS LLC established the technical capability to operate UASs for civil operations to expand the company’s construction-management services. At that time, this involved obtaining a Section 333 exemption from the FAA. Prior to March 2016, FAA exemptions were specific to the type of drone(s) identified on the application for exemption, the intended use (e.g., construction inspection, photogrammetry, crop surveillance, etc.) and the regulations from which exemption was sought. A typical exemption contained 28-31 Conditions and Limitations (CALs), depending on whether or not operations were intended for closed-set motion picture and television filming. The CALs defined the maximum weight, operating altitude and airspeed of the UAS; identified the qualifications, roles and responsibilities of the flight crew; and included provisions for maintenance, inspections and other operational requirements. Drones are a safe, versatile, efficient and cost-effective alternative to manual or manned operations, but drone operators must comply with FAA regulations.

Navigator’s exemption, like most others, required the UAS to be operated by a licensed pilot with support from a visual observer, during daytime, under visual line of sight. It also contained several CALs challenging enough to prevent the lawful conduct of some projects or severely limit drone use.

One of the most onerous CALs on Navigator’s exemption was 26.b, which required, in part, that UAS flights not be conducted within 500 feet of nonparticipating persons, vessels, vehicles and structures, unless the owner/controller of said property had granted permission, and the flights could be conducted safely. To comply with this requirement, Navigator CS had to find and contact such property owners as well as obtain and document their permission to fly near their property during a specified period of time. This was exceptionally time consuming and sometimes impossible. Even when all owners had been located, uncooperative neighbors sometimes denied permission, forcing a modification of the flight path to avoid flying closer than 500 feet from their property. When the mission couldn’t be accomplished within the modified flight area, some projects had to be canceled.

CAL 26.b applied to urban and rural sites, regardless of whether the adjacent property was public, private or commercial. This CAL effectively made it illegal to fly within 500 feet of public roads, parking areas, bridges, navigable waterways and any other public-transit corridor, unless appropriate authorities shut down the affected corridor during flight operations. The time spent by Navigator and other operators willing to comply with CAL 26.b was significant and costly, and oftentimes difficult or impossible to meet. Because complying with this CAL could end the project before it started, some operators chose to ignore it and perhaps other CALs.

The Rules Have Changed

In June 2016, the FAA published a ruling, “Operation and Certification of Small Unmanned Aircraft Systems,” which went into effect on Aug. 29, 2016, as 14 CFR part 107. This ruling removed the 500-foot operational buffer contained in CAL 26.b as well as some other restrictions, making it easier to fly within the law in some areas.

As its name implies, part 107 applies to small UASs, defined as “an unmanned aircraft weighing less than 55 pounds on takeoff, including everything that is on board or otherwise attached to the aircraft.” Unless their current exemption allows operations outside the scope of part 107, exempted operators have the option of continuing to operate under their existing Section 333 exemption until it expires or under the new part 107, which is generally less restrictive than typical Section 333 exemptions.

For instance, under part 107, the UAS pilot does not need to hold a part 61 certificate. Instead, part 107 created a new certificate known as “remote pilot certificate with small UAS rating.” To obtain this certificate, the applicant must be at least 16 years old; be able to read, speak, write and understand the English language; not know or have reason to know that he or she has a physical or mental condition that would interfere with the safe operation of the UAS; and demonstrate aeronautical knowledge by taking a test offered by approved FAA testing sites. If the applicant holds a part 61 certificate and completed a flight review within the last 24 months, he or she can instead take a training course offered by the FAA for this purpose.

The new regulations eliminate the requirement for a visual observer. Filing a distance (D) Notice to Airmen (NOTAM) prior to each flight is no longer required, nor is monthly reporting to the FAA. Under the new rules, a civil UAS operator must report to the FAA any operation involving serious injury or loss of consciousness to any person and/or damage to any property, other than the UAS, with a total repair or replacement cost equal to or in excess of $500.

As was the case with Section 333 exemptions, part 107 limits operations to daytime and within visual line of sight. Operations in the vicinity of airports, in prohibited or restricted areas, and in areas restricted by NOTAMs are also prohibited. The new rules prohibit operations over people unless they’re participating in the operation of the UAS or are located under a covered structure or inside a stationary vehicle that can provide reasonable protection from a falling UAS. Although this requirement continues to limit operations near public roads and bridges, the FAA indicated that it may issue a waiver upon request if it finds that the proposed operation can be safely conducted under the terms of the certificate of waiver. To this effect, the FAA has made available an online portal UAS operators can access to apply for part 107 waivers.

Moving in the Right Direction

As more data become available, UASs should become more fully integrated into the NAS. In the meantime, organizations interested in hiring the services of UAS operators are advised to request the following documentation from potential vendors to ensure operations will be safe and within the law:

Users of UAS aerial images must be open to the idea that legitimate UAS operators interested in complying with the law might not be able to fly the mission as planned due to operational restrictions imposed by the FAA. Be flexible, knowing that operating within regulations is, in the long run, the best approach.